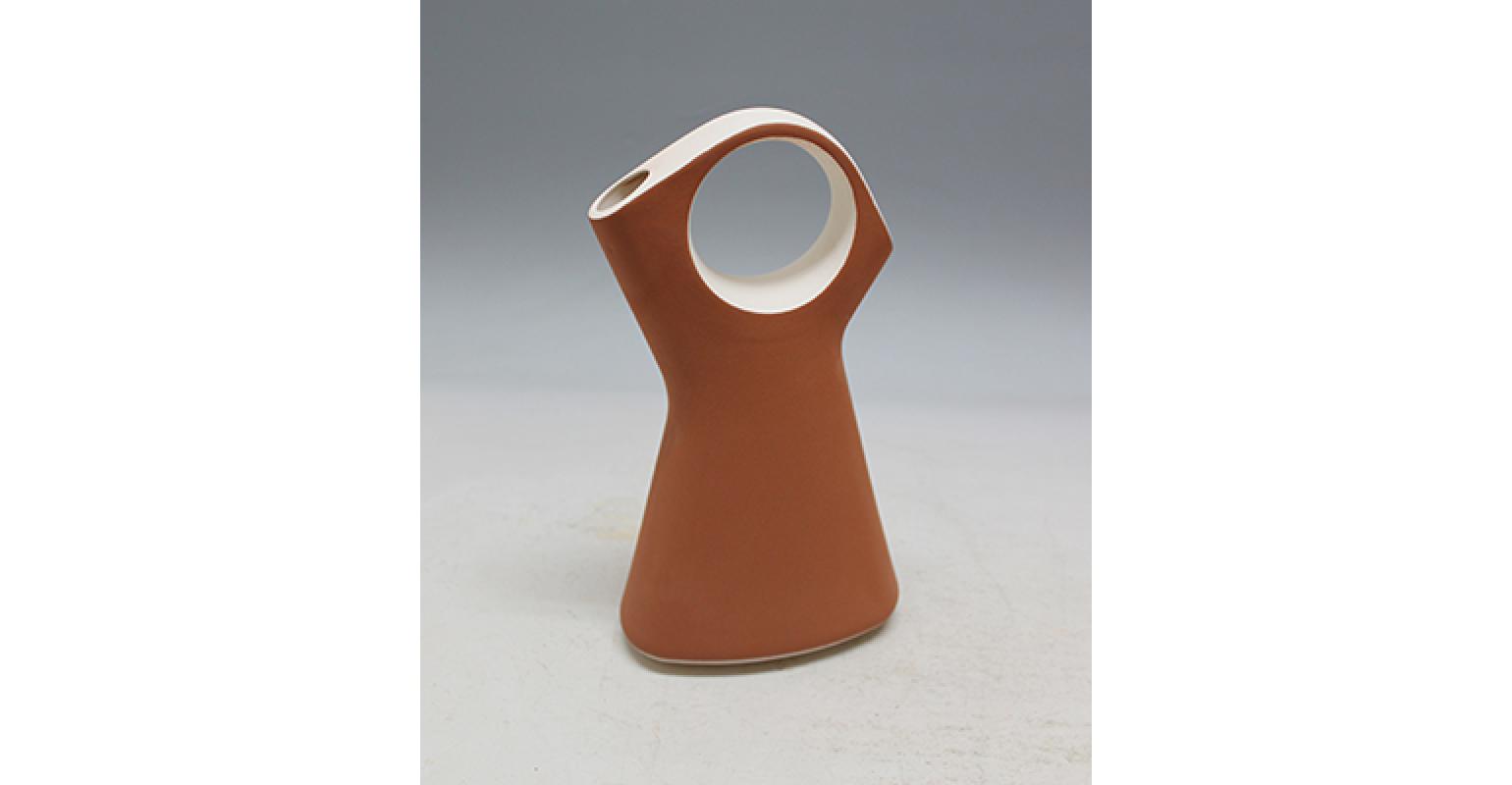 The "Festa del Càntir", recovered in 1951, is always celebrated on the day of Sant Domènec, on August 4 in the morning. It is on this morning that the most traditional acts take place, such as the renewal of the "people's vote" by the mayor of the town, the blessing of the waters of the Sant Domènec fountain, the blessing and sale of the "jug of the year" and the games of strength and ingenuity around water and the jug.

For the 2022 edition of the jug, one of the most important architects and product designers in the country has been chosen as the author: Carme Pinós. She is also the first woman to be commissioned with the design since the Museo del Cántaro de Argentona began the new series of author jugs in 2017, which is having such success, even internationally, as evidenced by the fact that These designs, in a short time, have been exhibited in Düsseldorf, Madrid and Milan.

The jug that Pinós proposes to us is functional, allowing its function to contain and drink water, and it also has the natural ability to keep water fresh inside. It is a rustic (unvarnished) jug, of great elegance that also suggests a woman's body. It is finished with red clay, so typical of our clay, while it has some white elements that give it a nice contrast with the red of the clay, such as the small stripe at the base, the inside of the handle and the upper part. of the vessel

As André Ricart already did in the 2020 jug, this model also does not have a mouthpiece or spout, since two holes in the body of the jug fill and empty the vessel. As in that case, the functionality is maintained in its entirety.

The author tells us about this piece: “To design this jug I had to think about what role a jug can have today. I have imagined it at an outdoor party where everyone goes with a plate in hand. For me, the main thing is that you can pick it up and drink it with one hand and without having to look for a place to put your plate down.” And in a recent interview in the newspaper Ara, she added "In the jug we are making, I care that it be practical and at the same time aesthetically beautiful."

The coordination of the entire design and production process of the jug has been carried out by Quim Larrea, while the molds for the laundry have been the work of José Luís Osuna. Ceramic production has been the work of José Antonio Gómez, potter from Caldes de Montbui. As in recent years, there will be a limited edition of 3,000 copies, numbered one by one on the base. The jug is 29 cm high, 16 wide and 8 deep.

Carme Pinós (Barcelona, ​​1954) achieved international recognition with Enric Miralles with projects such as the Igualada cemetery (1991) and later she founded her own studio. She has taught at the Kunstakademie in Düsseldorf, Columbia University in NY and Harvard University. Among his recent projects, the Cube I and Cube II Offices in Guadalajara (Mexico), the Department Building of the Vienna University of Economics, the CaixaForum in Zaragoza or the Gardunya Square complex, the Massana School and the façade back of the Boqueria market in Barcelona. Among the many awards she has received, it is worth highlighting the 2021 National Architecture Award for her creative power, the National Architecture Award from the Government of Catalonia for her career and the Ciutat de Barcelona Award.

A limited number of 3,000 copies will be produced from this jug, each numbered and priced at €25.

At 7 am, to the Fountain of Santo Domingo
Placement of jugs
Preparation for the blessing and sale of the Carme Pinós design jug, under the coordination of Quim Larrea.
Collaboration: Friends of the Museu del Càntir and Forn de llenya Can Moré

At 10 a.m.
Opening of the Museu del Càntir and the exhibitions

At 10:30 a.m., at Plaça de Vendre
Gran Xarbotada: Children's games around the jug and Raising of children's jugs. Prizes for all participants.
Organizes: Friends of the Museu del Càntir
Collaboration: Museu del Càntir

At 1 p.m., in Plaça Nova
Presentation Giant Artist jug with the presence of the authors: Gemma Armengol and Igor Garai
Sponsor: Inoxpan - Pando