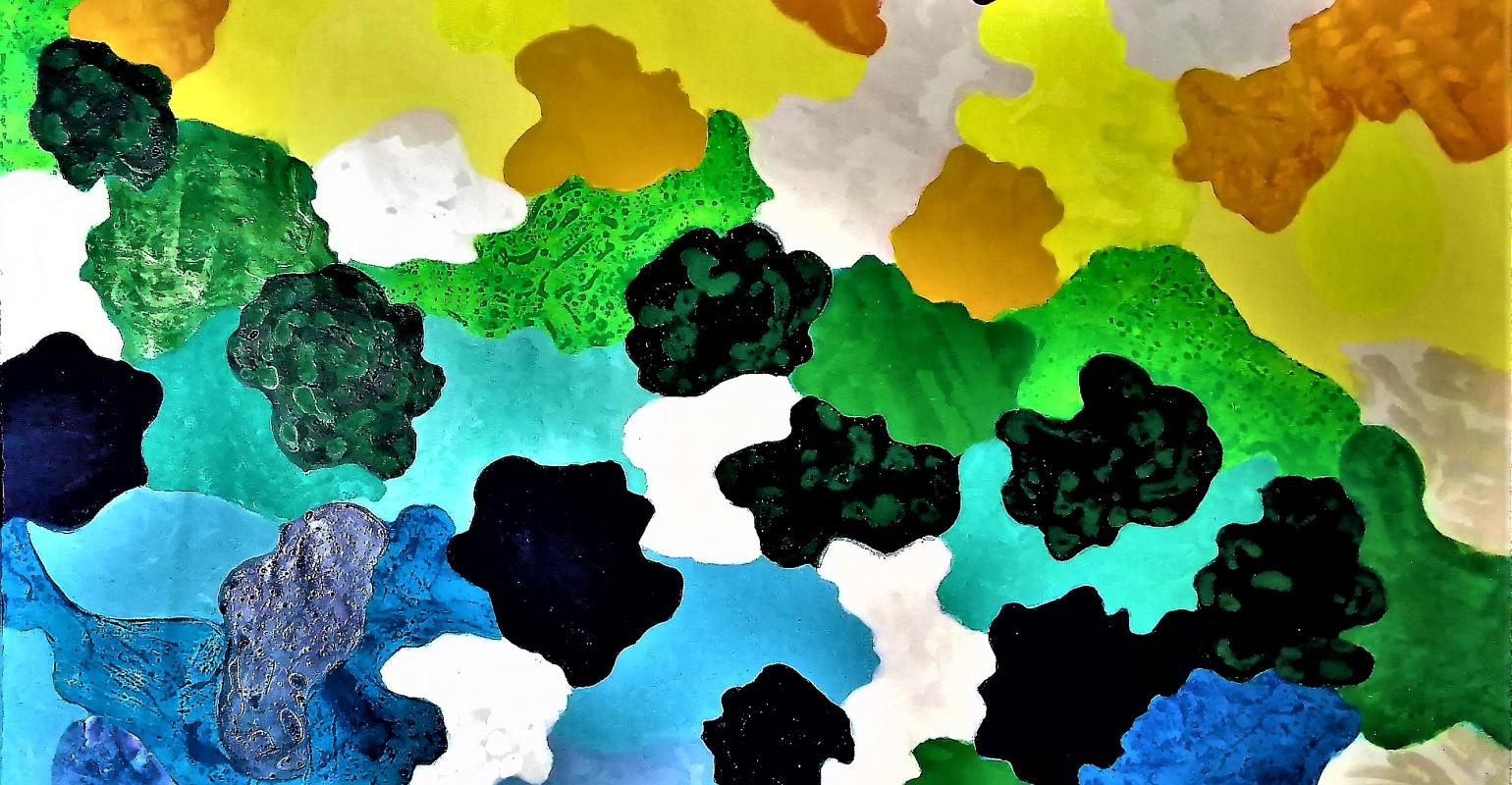 A proposal around the universe, observing, entering from the inside, crossing its immensity from the vision of the macrocosm to that of the microcosm. An attempt to nourish ourselves with it, observing the tones, shapes, lights and mystery. The universe encompasses everything, it surrounds us in its greatness, and that is why we do these works as a tribute and as a request. Everything is in everything. Everything is connected. In both the microcosm and the macrocosm, we find examples of supreme simplicity and grandeur. From the macrocosm or Great Celestial Animal, as Platon said, to the Universe, to the human being conceived as a small universe, from the flower, the animal, the neurons, from there we get the ideas and examples for this work. Concepts that are found in abundant texts from diverse cultures, appear at the dawn of pre-Socratic philosophy, also in texts of Hindu philosophy, in China, in the Upanishads and in original Christianity where the Universe is consciousness as well as each particle and element. that the shape

It was during 2018 that I began to organize my work around Macrocosmos & Microcosmos, first more oriented to the great galaxies and then little by little landing on the earth and its elements, as in this exhibition at the Museu del Càntir in Argentona, where Actions on the territory stand out such as: "Rierol de Muntanya" and "A les entranyes de la Terra", also works around the Rainbow and a group of 6 small works dedicated to the Fuentes de Argentona, a magnificent heritage in that town that hosts my work.