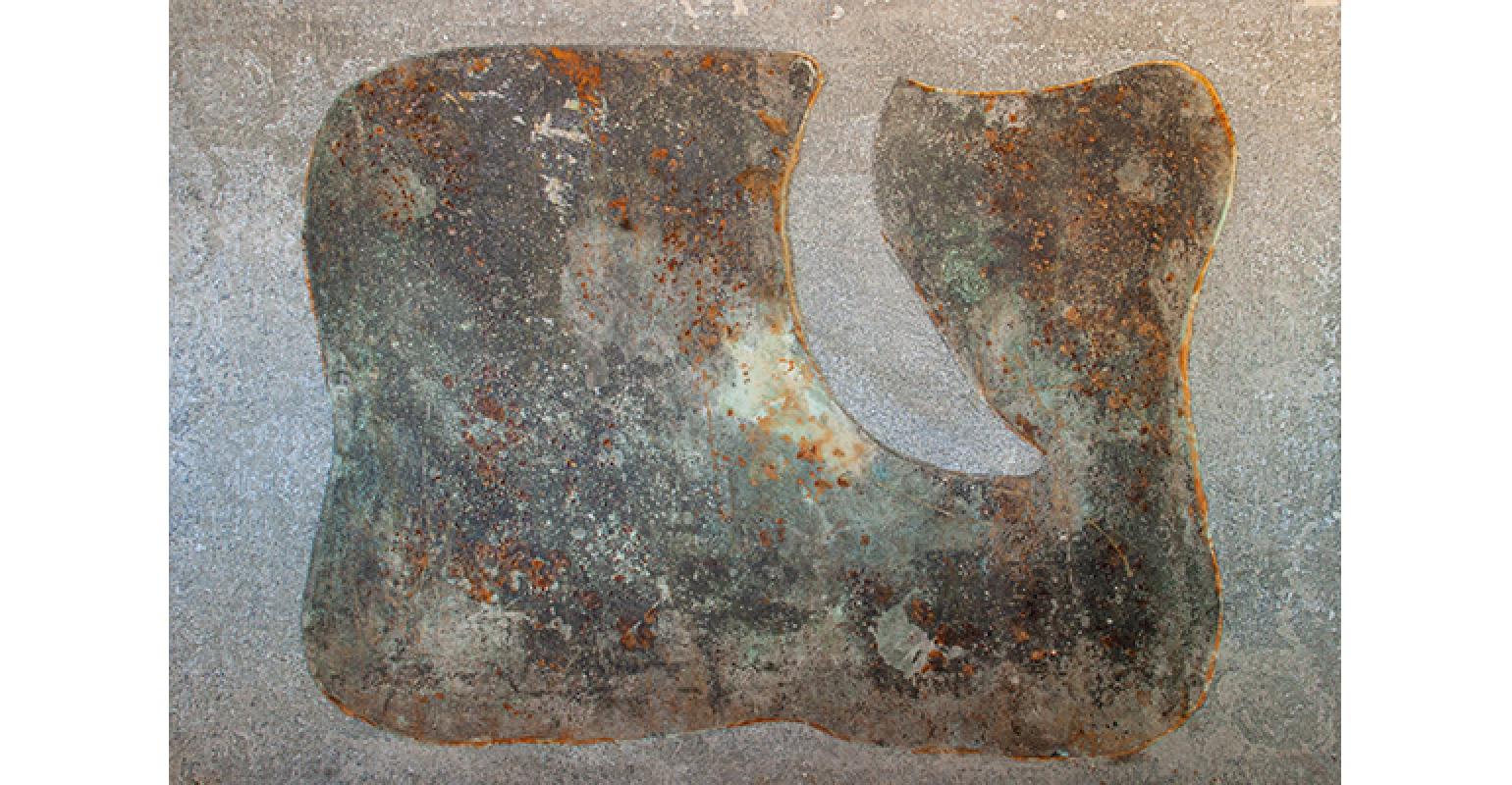 "The graphic work, from almost all its variants, is always assumed as a serial work and for this reason, its artistic value is often underestimated. I consider that a large part of the richness of the work is in the creative process that entails its realization.

My intention is the search for this point of originality; with various variations that start from the same matrix that never stops transforming. Iron, copper, aluminum. All living materials, which are not only subject to their own form or to my intervention; but also to oxidation, to its only deterioration process, and sometimes also to the accident, where all of them will be part of the final result.

There is no going back, the initial matrix dictates the way for me. The forms, the oxides, the acids that affect it and alter it, creating an indivisible whole. For me that process is the work itself, putting it on paper is only its consequence, an attempt to capture what is ephemeral; to stop time". Cecilia Morales

She was born in Mexico City in 1965, where he did most of his studies and where he participated in several exhibitions.

Study watercolor and oil; later he graduated in sensitization and creative expression at the Iberoamerican University. He later specialized in intaglio engraving at the National Institute of Fine Arts in San Miguel Allende, Mexico.

In 1996 she moved to Barcelona, being a member of the Real Cercle Artístic de Barcelona for several years. He has worked as a teacher in the areas of drawing and engraving. She has been awarded in several international engraving competitions.

She currently develops his graphic work at Taller 46, Barbarà in Barcelona, characterized by experimentation in both materials and color.