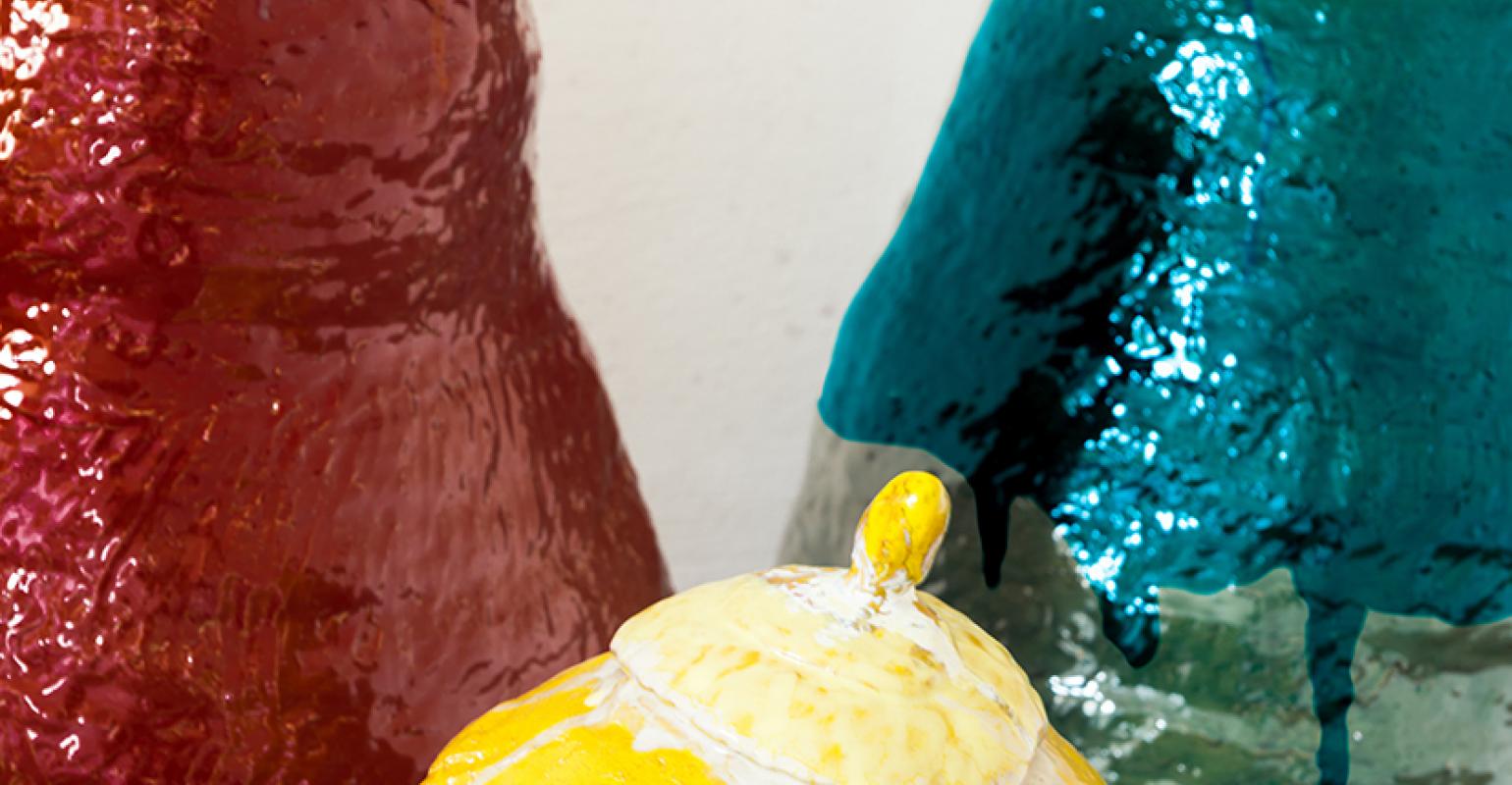 The soul is not nourished: an interior journey

The function of art has branched out into a multitude of forms throughout the centuries, but if we had to highlight a common denominator for artístic activity from its origins until current times, the word “investigation” could be used. Exploration of reality, both as an external and internal phenomenon, and the aspiration to delve into a transcendent search inside oneself as well as in otherness, a search for consensus and self-affirmation, explorin unknown and unexpressed worlds as well as unpublished language. Investigation is the action that relates the Language of a hand traced in a cave to the provocation of an aseptic ready-made and the technological coldness of a video installation.

Fiorenza Pancino, an Italian artist trained in the ceràmics tradition of Faenza, has always seen herself as an investigator. For her, ceramics has been a firm and safe starting point, with the privilege of being an art guided by the “thoughts of the hands”, which even today is still advocated with pride. As is common knowledge, the complexity of ceramic procedures and techniques can lead many ceramists to sacrifice, in the name of the activity, the aesthetical categories that are indispensable for contemporary artistic investigation. Such is not the case of Fiorenza, who, exploiting the expressive possibilities of the Majolica technique to the maximum, takes her research to surprisingly original territories, in which the essential element of the vessel becomes an exquisitely modern artistic proposal. Majolica is, therefore, a preferred material in which virtuosity and technology are not a constraint but rather act as transgressive elements. This artist expands the frontiers of ceramic objects to adapt them to their architectural environment in colourful installations, to which performance strategies are sometimes added, making them even culminate in video art.

Every new exhibition by Fiorenza is the result of an intimate exploration, a search for new answers to old but urgent, questions. Each new work surprises and puzzles the spectator, producing a déja vu effect: Presented with her usual shrill colours, with the unreal and biomorphic shapes of living organisms, sometimes bearing decals with irreverent portraits, like isolated photograms of a previous performance. Then one notices that each work is a different leap (always forward), a new answer. One realises that what is repeated, like a silent leitmotiv, is the careful style of her self-analysis, of an interior exploration that is close to art therapy, insisting on ancestral themes that have always obsessed everyone, not only artists: feelings, interior order and chaos, nutrition, food.

The exhibition in Argentona exhibits her latest (but not definitive) response in ceramics to the atavistic questions about nourishing body and soul, in an aesthetic journey full of stereotypes, topics, phobias and fears related to food. Fiorenza presents the spectator with a personal initiation journey through flashes in which anyone can recognise the fears that are kept under wraps. This journey starts with a vessel, the first pottery stereotype, a cavity and metaphor of the maternal womb, welcoming only in appearance. The first receptacle or vase, englobed and painted with enamels that are diluted, but still colourful, only close-up can one see the drawing of a carnivorous plant. An open and welcoming krater is another enamelled receptacle on which the threatening carnivorous plant is visible, with its overwhelming three-dimensionality, a threatening carnivorous plant hidden in its copper and silvery iridescence. Not devoid of irony towards traditional pottery, moreover, the artist presents a vessel/ non-vessel; a perforated vessel, finished and perfect, imprisoned in a shape that denies its original welcoming and containing functions, and on which the disturbing dionaea muscipula (Venus flytrap) can be seen. Having passed this first trial, the spectator will encounter the Piccola ape furibonda (Furious little bee), a wall installation composed of numerous white bowls, feignedly harmless. Fiorenza, an artist nourished by colour, and who fuels her ceramics with striking polychromies, seems here to be following a black and white diet and perhaps because of her fasting, she manages to be a visionary. When closing in on the work, its impact is disturbing, as one discovers that each bowl contains a close-up of the artist trying to gobble down raw food in a bulimic, self-destructive and irreverent manner, food which should typically be eaten with moderation or at least cooked. Like the Italian poet Alda Merini, whose verses inspired this work, Fiorenza strives for “harmony and disenchantment” and nourishing herself with ceramics, she often finds poetry, pain and fragility. Yet another trial with her Black and white diet, is Pancino’s Food for the soul: and we ask ourselves once again if “no colour” is a selfimposed restriction or a sort of chromatic anorexia. We can envisage the inside of the foot of a gigantic black mushroom, harbouring a vigorous hive, and a small furious bee, leaning on one of the spores, has the features of the artist, and devours all the acidity of a lemon, prepared to use its poisonous sting.

After so much hypo-chromatic dieting, the aesthetic career of Fiorenza takes us to the origins of life, to the chromatic banquet typical of her regular ceramics, a metaphor of the first food, which in a journey backwards in time, takes one back to the breast milk that kept us alive. And perhaps the aberrant and hyper-chromatic Tette (Tits), appearing as an enormous synecdoche of an absent mother, seem to disturbingly threaten the spectator’s consolidated certainties. Cibo dell’anima (Food for the soul) or Carnivora nera (Black carnivore) is a qualitative leap to the new artístic maturity of Fiorenza, in which shapes, ever more liberated from technical ties, freely accommodate the expressive virtuosity of the Majolica technique in a novel ceramic merger, dramatically increasing the chromatic harmonies buried in black, while the defiant contrasts created by the sheen and reflection of the ceramics voraciously capture and dissolve light. To taste, to stuff oneself, to reject food and colour are preliminary elements of a deep and exquisitely personal search. But, is there any food that can nourish the soul? You will find the artist’s answer at the end of the journey, in the works that give their name to the exhibition. L’anima non si nutre (The soul is not nourished) ring as an echo of the contrastin red and blue against the opacity of black. This is the imperative response that the artist offers us as a conclusion of her investigation.